This is a simple recipe for a dry, delicate and airy biscuits that melt in your mouth. With only 3 ingredients in the recipe, and easy preparation process in one bowl, this recipe is a winner when you want something sweet for a cup of tea very quickly. Another advantage of this recipe is that it is both gluten and dairy free. It was the first biscuit recipe I made 16 years ago, when diagnosed with coeliac disease. I have forgotten about it, and only when one of my readers wrote to me about her grandmother’s cookies with corn flour, did I remember my first creation, which was based on a simple sponge recipe I made for years. All I had to do now, was to weigh the quantities of ingredients I previously used in my old cup I used for baking. I also reduced sugar amount in presented recipe.

The texture of these biscuits depends on how well you beat eggs with sugar. Biscuits can be baked as hard, and not as light and airy, when eggs are only whisked with sugar to combine them together, without sugar being completely dissolved. I like them hard and crunchy as well, may be even more. These biscuits last very long in air-tight container and were very handy for me in my initial stages of adaptation to gluten free diet. I always had them with me when I was out and they were compulsory in my holidays kit.

These biscuits are also very handy to make gluten free tiramisu-like desserts, where biscuits are soaked in strong coffee and layered with custard, cream or yoghurt.  I used naturally set organic yoghurt without sweeteners and fresh blueberries to make a delightful breakfast treat. 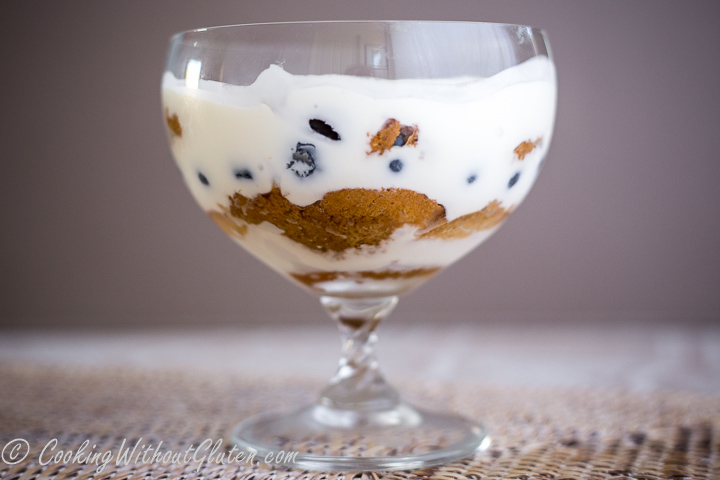 Corn flour (sometimes it is called corn meal) gives its special unmistakable flavour to these biscuits. Vanilla, lemon zest or other flavourings can be added to the batter. The batter itself is very runny and has to be spooned on a lined with baking paper tray. Baking paper does not need greasing, but biscuits have to rest and cool down on the paper to be separated from it with a nice bottom. 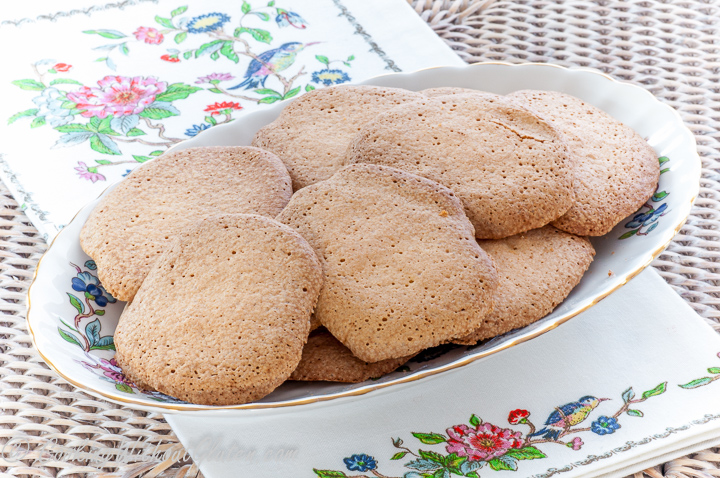 My attempts to bake this batter as perfectly round biscuits in a well-greased tray for mini pies failed spectacularly. Biscuits were impossible to separate from the tray, and I got them out only after soaking them in coffee and even then I had to scoop them out. These soaked biscuits were just perfect for the light layered dessert with yoghurt and blueberries. 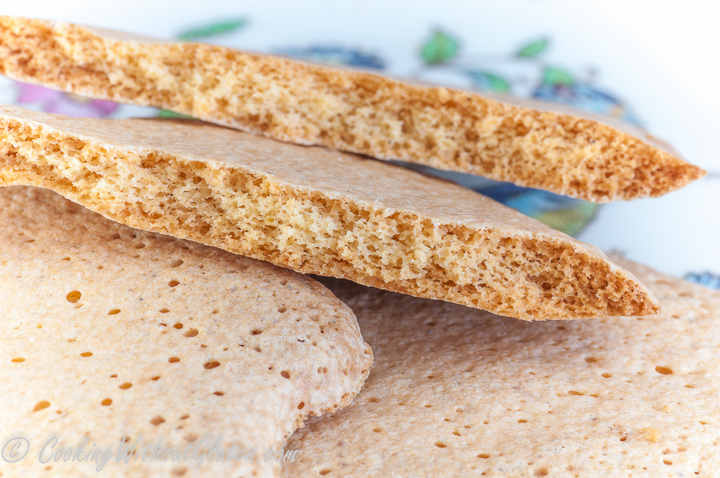 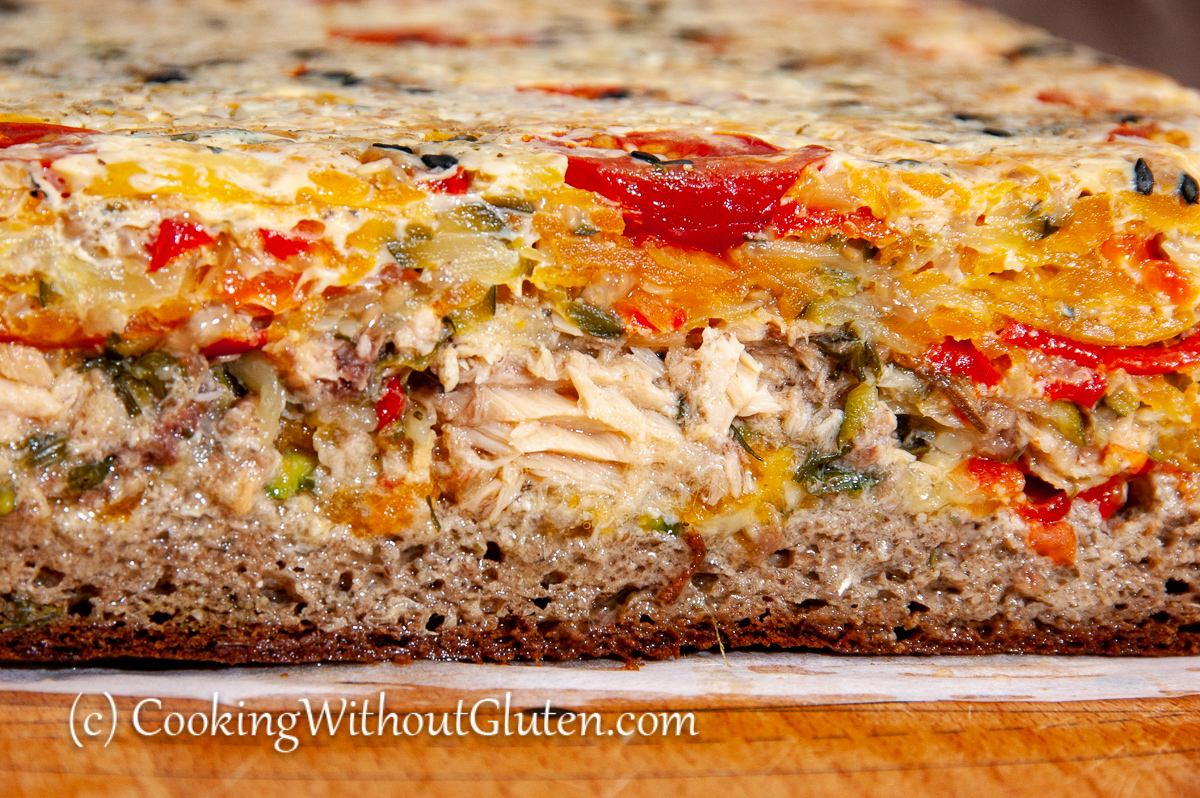 © cookingwithoutgluten.com, 2012-2021. Unauthorized use and/or duplication of this material without express and written permission from this site’s author and owner is strictly prohibited. Excerpts and links may be used, provided that full and clear credit is given to Dr Irena Tarvid and cookingwithoutgluten.com with appropriate and specific direction to the original content.